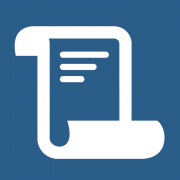 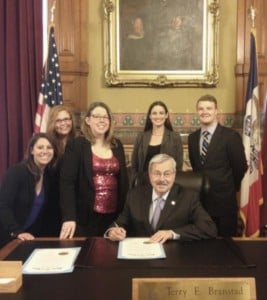 PLEASANT HILL, IOWA (June 1, 2015) — On May 28 at 2:00 p.m., Sheryl J. Moore, CEO of Moore Market Intelligence, accepted Iowa’s proclamation that June be recognized as “Annuity Awareness Month” at a formal signing ceremony held at the Iowa state capitol with Governor Terry Branstad. Iowa became the first state to proclaim National Annuity Awareness Month by providing its verbal commitment on April 21, urging citizens to learn more about annuities and their benefits in retirement planning.

Ms. Moore was accompanied by her staff at Wink, Inc. during the proclamation ceremony. Wink is Moore’s company that distributes competitive intelligence tools such as the AnnuitySpecs analysis tool at www.LookToWink.com.

>> Read the rest of the release on Wink, Inc.’s website

ABOUT WINK, INC.
Wink, Inc. is the company that distributes resources such as Wink’s Sales & Market Report along with the competitive intelligence tools AnnuitySpecs and LifeSpecs at www.LookToWink.com.

The staff of Wink, Inc. has combined experience of nearly four decades working with life insurance and annuity products. The firm provides services in speaking, competitive intelligence, research, training, product development, and marketing of annuities and life insurance. Their knowledge in product filing research and policy forms analysis, coupled with their unmatched resources in insurance distribution, give them the expertise to provide competitive intelligence that allows carriers to stay ahead of their competition. 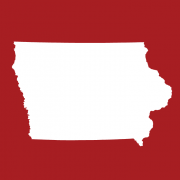